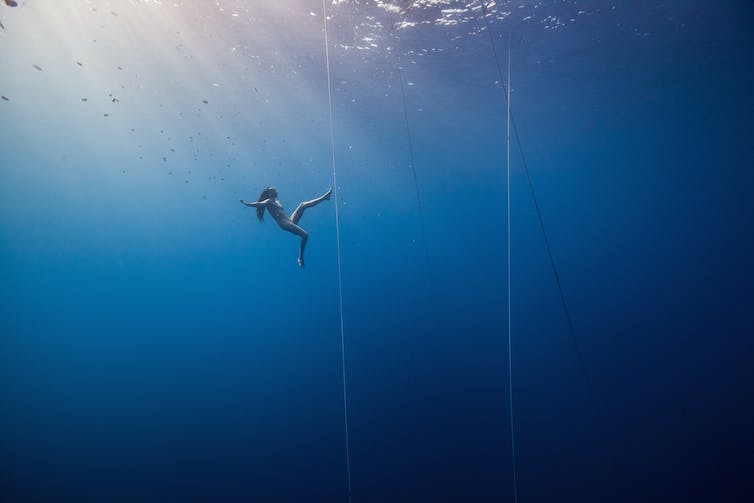 Free divers swim to extreme depths underwater (the current record is 214m) without any breathing apparatus. Champions can hold their breath for extraordinary amounts of time – the record for women is nine minutes, and men 11.

I’m a doctor with a special interest in extreme environments, so was intrigued when I was asked to collaborate in an art project about free diving for the Wellcome Collection’s new exhibition Somewhere in Between. Scientists and those who practise free diving are in many ways utterly alien to one another. When you look at the stresses this sport places on our physiology, it initially looks almost impossible that anyone should be able to dive to such profound depths – and yet they do.

Unsupported, breathing only air, you could just about climb Everest without any additional support other than your protective clothing. That’s 9km or so above sea level. But when you go into the ocean actually things change much more quickly because of the rapid pressure differences.

If you descend only 10m into the ocean, you are subjected to another additional atmosphere of pressure: that’s twice as much pressure as you’ve been used to at the surface. And for every 10m beyond you get another atmosphere of pressure. That starts to manipulate your body, your anatomy and your physiology in quite profound ways, which actually make the endeavour of diving into the deep ocean uniquely difficult. Not only does it compress you and shrink the air-containing spaces in your body, but also it alters your physiology, alters the way the gases act within your bloodstream and how they act on everything, including your nervous system. 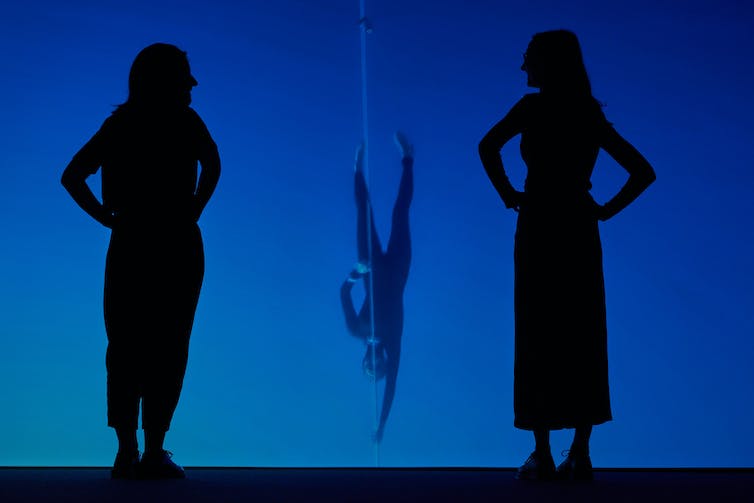 In the very early days of free-diving, physiologists were pretty convinced that people couldn’t go beyond about 30 or 40 metres. They’d drawn their graphs as scientists and they’d worked out what they saw. They worked out what they understood about the human body and the effects of pressure on it and they said: “Well, look, your lungs are going to be crushed and you’re going to be spitting blood by the time you’re at 30 or 40 metres. So there’s no way that you can do this on breath-hold diving. It just can’t be done.”

But of course, free divers decided to do it anyway – and they swam well past those theoretical limits. How? Martina Amati, the free diver and artist involved in the project, tried to explain the mindset that goes with this extreme sport: 'There is an element of physicality but it’s mainly mental. That’s what is incredible about free diving. It’s not about your physical ability, but about your mental skills and mental training basically. You need to let go of everything that you know and everything that makes you feel good or bad. And so it’s a very liberating process. But equally, you need to stay completely aware of your body and where you are, entirely in the moment.'

At a depth of 10m we need more oxygen in our bloodstream than at 100m because the pressure of the water all around makes the oxygen more potent. So the most tricky part of a deep dive is the last stage of the ascent when there is the risk of a shallow water black-out as the pressure fades and the oxygen levels in our tissues suddenly drop.

Getting started is hard too. You are buoyant at the surface and for the first few metres of the dive. As you start to descend, the pressure of the water pushes you back towards the surface, until around 13m to 20m deep when the dynamic is reversed. Here, according to Amati: 'Your body begins to sink a little bit like a stone. We call this part the free-fall, the moment when freedivers stop moving completely, and the most beautiful part of the dive. When you eventually come back from a dive and you take your first breath, every time it feels like your first breath ever. So for me, it feels like being born again. I think of the water a little like the womb.' 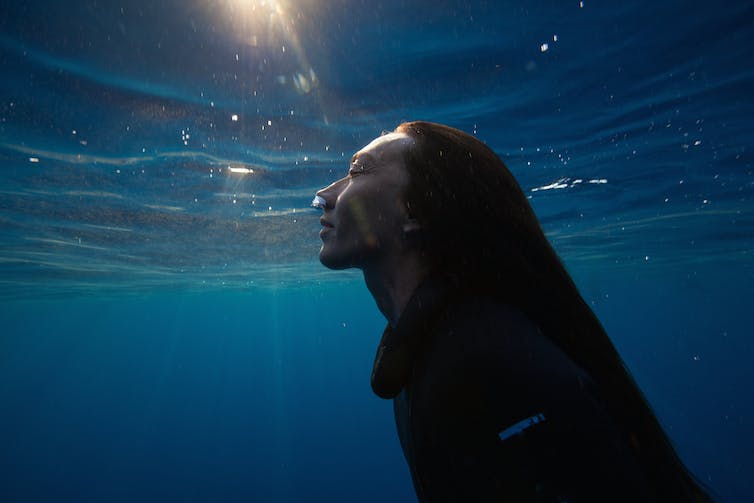 As a diver, what you experience is the changing chemistry of your bloodstream as the increased pressure allows gases to dissolve more easily and exert their effects more readily. So the nitrogen, the larger amount of nitrogen that dissolves in your bloodstream, behaves as a narcotic and actually makes you feel quite drunk and at only 30 or 40 metres. If you dive at those limits, the additional nitrogen can make you feel quite euphoric.

As a free diver, going deeper, you’re just squeezing those last dregs of oxygen out of your blood stream and trying to subsist on much lower levels than any human being normally ever does. And you go into this sort of strange balance between the pressures that exist at depth temporarily helping to support you while your breath-holding is threatening your life. It’s really a very, very precarious balance and it requires you to enact some very weird and very strange and not all that well understood physiological feats just to stay alive. The depth records for human free diving now are quite absurd: not tens but hundreds of metres.

People have rough models of how that is achieved. It’s not a total mystery – but clearly, there’s more going on than we fully understand. What I found really fascinating working on this project was that the free divers and non-scientists that participate in free diving talk about this sort of quite holistic experience of being at one with the ocean and this great feeling of well-being. To a physiologist, that’s the euphoria of oxygen starvation and hypoxia, which is not great, but for the free divers themselves this is part of the experience. It’s impossible for them to disentangle that from the diving itself.

There’s a grey area between life and death in which there is a chance and things can happen. In medicine we don’t explore this boundary for fun – but people who are involved in endeavours like free diving do it as a pastime.

And so the act of free diving, looked at by two different cultures – the free divers and the scientists – has very little real overlap. One looks on in fascinated horror and the other sort of sees it as a way of life. For me, then, this was much more than just an art-science collaboration. There was a real reason to bring those two spheres together here – each can learn an awful lot from the other.

Martina Amati’s multi-screen installation “Under”, for which she collaborated with Kevin Fong, can be seen at Somewhere in Between, an exhibition at the Wellcome Collection, open until 27 August 2018.