Acidic Oceans Are Corroding The Tooth-like Scales of Shark Skin

Shark skin might look perfectly smooth, but inspect it under a microscope and you’ll notice something strange. The entire outer surface of a shark’s body is actually covered in sharp, little scales known as denticles. More remarkable still, these denticles are incredibly similar to human teeth, as they’re also comprised of dentine and enamel-like materials.

Your dentist will no doubt have warned you that acidic drinks like fizzy cola damage your teeth. This is because acid can dissolve the calcium and phosphate in the enamel tooth covering. For the first time, scientists have discovered a similar process acting on the tooth-like scales of sharks in the ocean.

The carbon dioxide (CO2) that humans release into the atmosphere doesn’t just heat the planet. As more of it dissolves in the ocean, it’s gradually increasing the acidity of seawater. In the past 200 years, the ocean has absorbed 525 billion tonnes of CO2 and become 30 per cent more acidic as a result. Now scientists worry that the lower pH is affecting one of the ocean’s top predators. 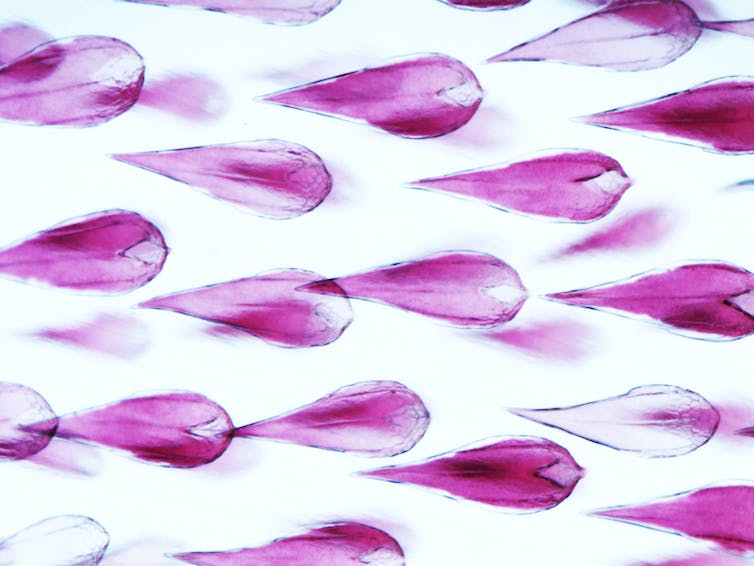 Denticles have sharp ridges and are arranged in an overlapping pattern, similar to chainmail. Rory Cooper, Author provided

Over hundreds of millions of years, the denticles that makeup shark skin have evolved to allow sharks to thrive in different environments. Different species have distinct denticle shapes and patterns that enable a range of remarkable functions. I’ve spent the last four years attempting to understand how the development of these scales is genetically controlled in shark embryos, and how their intricate details give each species an edge.

Denticles have highly specialised ridges which help reduce drag by up to 10 per cent, allowing sharks to swim further and faster while using less energy. This works in a similar fashion to the ridges in the hulls of speed boats, which help the vessel move more efficiently through the water. In fact, these scales are so effective at reducing drag that scientists and engineers have long tried to create shark skin-inspired materials for boats and aircraft that can help them travel further on less fuel. 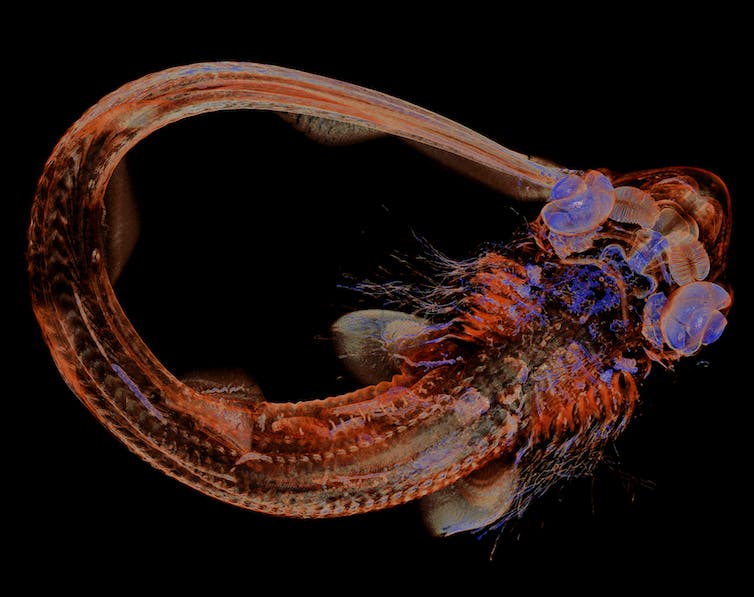 The patterning of denticles also works as a defensive armour, which protects sharks from their environment and from other predators. Some female sharks – such as the small-spotted catshark – have even developed a region of enlarged denticles which provide protection from a male shark’s bites during mating.

The changing chemistry of the ocean has been linked to coral bleaching, but its effect on other marine animals is less clear. To address this, researchers exposed puffadder shysharks – a species found off the coast of South Africa – to different levels of acidity in aquariums, and used a high-resolution imaging technique to examine the effect of acid exposure on their skin. After just nine weeks, they found that increased water acidity had weakened the surfaces of their denticles. 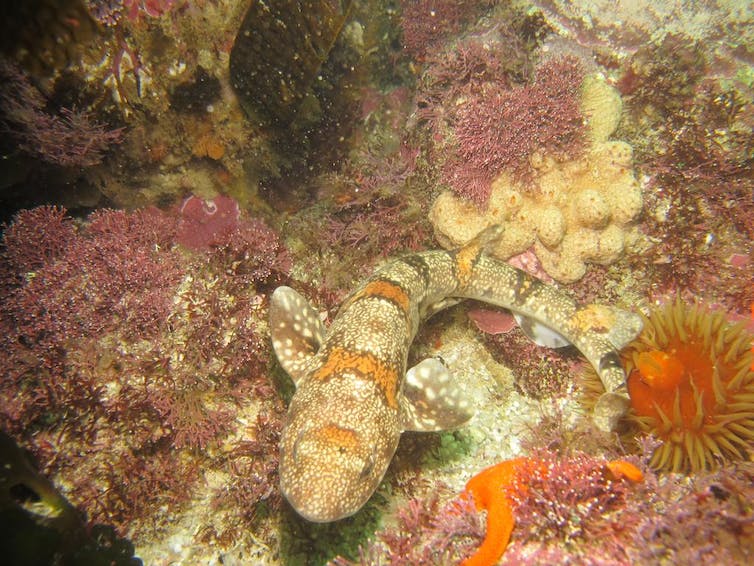 Corrosion and weakening of the denticle surface could degrade the highly specialised drag-reducing ridges, affecting the ability of these sharks to swim and hunt. Many shark species are top-level predators, so if they’re not able to hunt as effectively, this might have an unpredictable impact on the population size of their prey and other animals in the complex marine environment. Some species of shark need to swim constantly to keep oxygen-rich water flowing over their gills and to expel CO₂ – another process which might be hindered by increased drag.

Sharks belong to an ancient group of vertebrates known as the cartilaginous fishes, which split from the bony fishes – a lineage that later gave rise to humans – roughly 450 million years ago. Sharks, and other cartilaginous fish like rays, arose long before the dinosaurs, and have outlived multiple mass extinction events. But the rate of change in the marine environment over the last few centuries is an unprecedented challenge. These ancient predators may struggle to adapt to the fastest known change in ocean chemistry in the last 50 million years.